Last week was another good week for XRP, which continued to rally, adding another 6.29% to previous gains (as of Saturday 5pm). But it was a bad week for Bitcoin, ETH, and XLM, which headed in the other direction, giving back the gains they made in the previous week.

It was also a bad week for the broader cryptocurrency market, with 29 out of the top 100 cryptocurrencies advancing and 71 declining.

That’s a big reversal from the previous week when the ratio was 54 to 46.

Meanwhile, “all eyes on BTC at the moment,” according to Nicholas Pelecanos, Advisor to NEM Ventures.

Why? Because it’s testing key price thresholds. “As its price grinds along the bottom of the range it has been trading in since the September sell off, says Pelecanos.

Meanwhile, there’s the problem with volumes. “Volumes across the broader crypto market have been slowly declining meaning traders are waiting for more clarity on the trend of the total crypto market, now down 46% from its June high,” he says. “XRP has seen a nice rally over the past week but is starting to slow.”

But there are a couple of fundamental reasons for that. One of them is the easing of trade tensions between America and China, which makes cryptocurrencies less appealing as “safe havens.”

Then there’s the falling apart of Facebook’s Libra, as many partners are leaving the project under government pressure.

What’s in for next week? All eyes will be in Washington where Facebook CEO Mark Zuckerberg will testify in front of the House Financial Services Committee on Libra.

That’s when cryptocurrency investors will get another chance to find out where the project stands.

And that could add volatility for major cryptocurrencies.

Wayne Chen CEO of Interlapse Technologies isn’t concerned about Libra. “Specific cryptocurrencies such as Bitcoin, are fundamentally, economically and technically different from Libra. Cryptocurrencies have faced bigger challenges in the past, so Libra, being unique in its own design, may not affect the current market to the extent people think.”

Pelecanos keeps an eye on Bitcoin price action, which could be heading to new lows. “Coming into next week I’d expect this slow down in price to continue and perhaps pull back along with ETH and the greater Alt coin market as Bitcoin threatens to push for a new low,” he says. 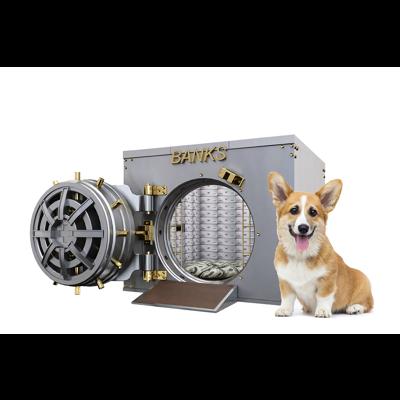