The partner and co-founder of the Morgan Creek Digital VC fund Anthony Pompliano often appears in CNBC shows to speak about Bitcoin as an investment asset or to try and convince old-school investors that BTC is worth working with.

However, the community’s responses split, showing that not all crypto enthusiasts believe in Bitcoin’s positive future as the leader of the crypto market.

Bitcoin’s fundamentals continue to get stronger and stronger.

Different opinions came in the comment thread, with Bitcoin hashrate getting to be the main subject for discussion. One of the Pomp’s followers pointed out that Bitcoin’s hashrate has grown 8 times since the BTC all-time high back at the end of 2017.

Some disagree, though, saying that, in their view, hashrate is a thing of the past.

Cool story. Hash rate is a thing of the past.

An XRP fan pointed out that Bitcoin has  more drawbacks than advantages compared to other crypto, including the fact that verification of transactions on the BTC chain are slow and can take a long time to settle. 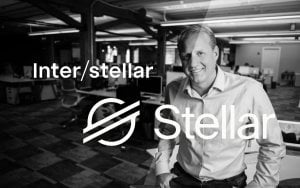 On Wednesday, Anthony Pompliano posted a massage on his Twitter page, trying to see how many of his followers agree that McDonald’s should start taking Bitcoin.

Retweet if @McDonalds should accept Bitcoin ??

The discussion in the comment thread was long enough but XRP fans insisted that McDonald’s should accept a faster crypto, like XRP, since Bitcoin transactions are too slow and the food would get cold while they are getting confirmed.

Earlier, it was reported that McDonald’s rival Burger King in Germany is about to start accepting BTC.

Only if it’s executed through the xrp ledger. Otherwise food would get cold waiting for bitcoin to settle ?